There is a waiting time due to high demand. Please see our Delivery page for more information.

When on holiday in Finland or France it is polite and fun to try to speak the language a little. This includes greeting the local chicken population in their own tongue, so Omlet has provided the translation for cock-a-doodle-doo in over twenty different languages. Read on to find out. 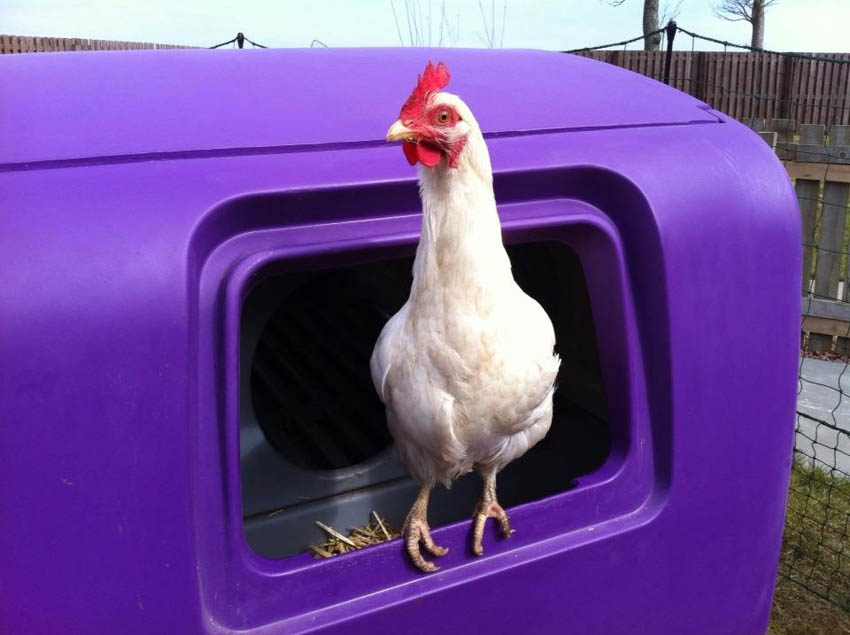 Princess Grace loves waking up in her Eglu Cube


Chickens don’t have many sounds, but each one has a meaning.


A Predator is About

A short loud cluck warns the other chickens that a predator is in the area, followed by an exaggerated upright stance and a careful scan of the area from every direction.

A higher pitched sound, almost a squeak, when they discover some tasty morsel.

A prolonged bok bok bok when they have laid an egg. Sometimes made my another hen, if she is waiting to lay and the nesting area is occupied!


A Cat or a Chicken?

Hens sometimes even purr when they are very relaxed.

A low growl, followed by pecking at your fingers and a fluffed up hen.


The Wake Up Call

The alarm clock of a cockerel can be spelt in a number of different ways, but here’s our attempt: Cock-a-doodle-doo! If you have ever wondered how it’s spelt in other languages here they are.